A telegram sent by Tony Dungy to Joe. The two quarterbacks became friends at the All-Star games in 1977: East-West Shrine Game, Hula Bowl and Japan Bowl. 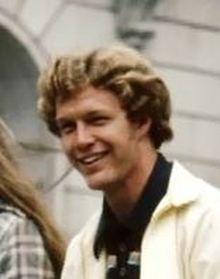 "I think he used faith at a pretty young age to help him stay brave. I also think that it helped him maintain a focus during a difficult time, lead by example - and also I think that the faith allowed him to extract all of the hope that you could possibly extract out of that situation."
-Tom Roth